Importance of the center of the house and plot

Before selecting the plot to built, first, it is necessary to know the center of the plot and house. From where you will open your compass to determine the facing of the house.

Here is the technique to know the center of the house.

For example, If you have a square or rectangular house plan, then mark all four corners A, B, C, D  as showing in the below image. 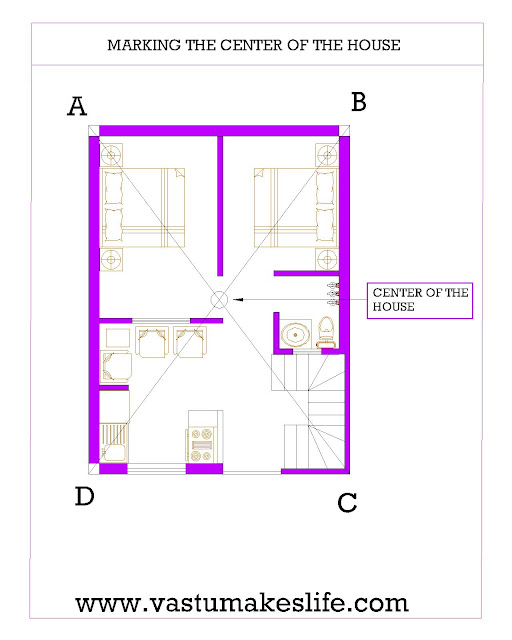 Now draw an alined line A to C on the map and the same rule applies by using alined line B to D. When these two lines are crossed at a particular point. This will be considered the center of the house.

The same technique you can use in cutting plots, for example, follow the picture given below: 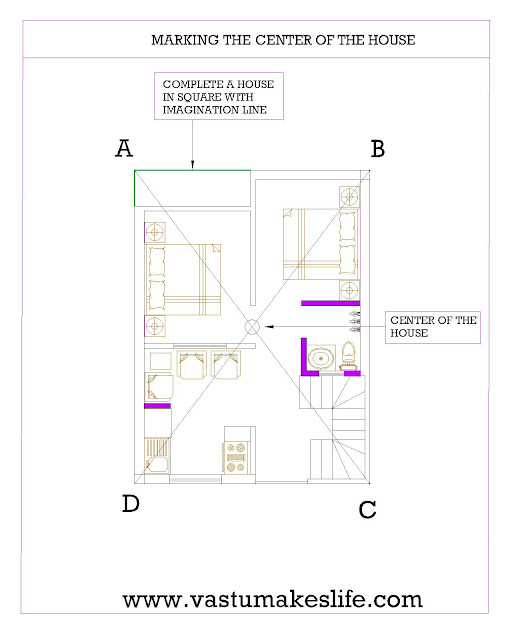 Know the total directions of the house as per Vastu shastra

The corner Vastu Directions of the house

According to Vastu Shastra, there are also four very important other directions: – Such as.

As you can see in the following picture. Ishaan, Ignea, Nayatya, and Vayu are the four directions. All you need to do is to find the space (degree) exactly between the two main directions. Then, you will be able to find the other Four Vastu direction of the house. 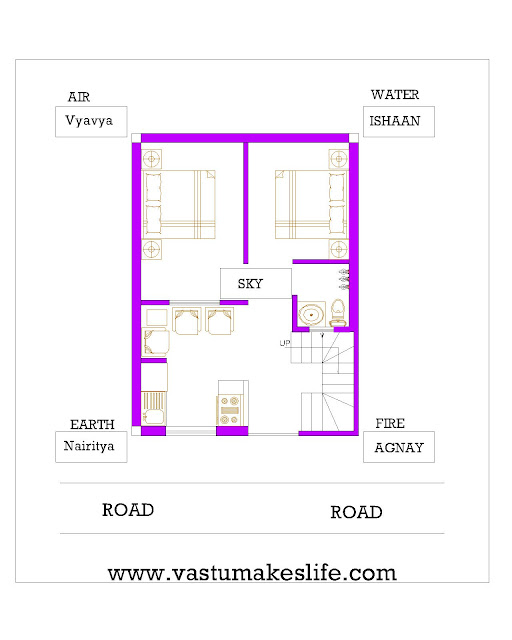 How to check direction of house with compass

The Ishan corner lies exactly between the north and the east direction. it is symbolically considered as the place of God. The water element is effective in the northeast corner. Therefore, an underground water tank can be built there.

The Agnay corner lies between the south and east direction which is ruled by Venus. As its name suggests, the element of this place is fire. Therefore, it is beneficial to keep all the items related to fire in the house.

The Vayu corner is a direction located exactly between the north and west directions. Its main element is ‘Air’ as its name suggests. Apart from this, the Vayu(air) angle is the direction governed by the Moon. In this direction, the kitchen, bedroom and car parking can also be made.
Sharing Is Caring: